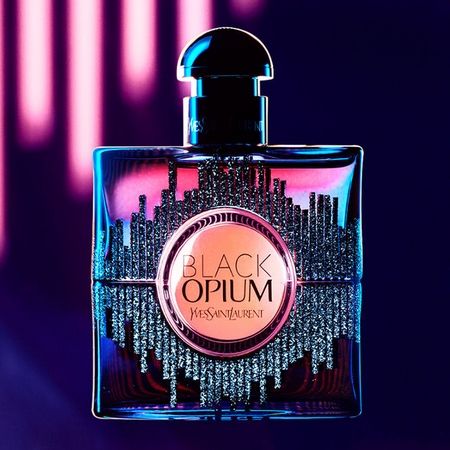 Yves Saint-Laurent has always been fascinated by the city of Paris because it is in the heart of the capital that he has multiplied cultural outings throughout his life and has thus developed his creativity. The couturier has always known how to evolve with the times. This is what has earned it its current notoriety. Today, as if to address the young generation of women, her perfume Black Opium is metamorphosed and becomes Sound Illusion. He seems immersed in the heart of an electro party and his bottle is set ablaze to the rhythm of the music.

When the Yves Saint-Laurent woman joins an electro rave

All the perfumes in the Black Opium collection by Yves Saint-Laurent belong to the same specifications. They give us the image of a carefree woman, a boyish brown, freed from all constraints and loving to discover new sensations. Impulsive and fascinated for a long time by rock and experimental art, she is now changing surroundings and venturing into a new urban atmosphere. This time, the woman Black Opium Sound Illusion takes us with her to a trendy and electro evening. The atmosphere is electrifying and pulsates to the sound of music. More than ever, the perfume Black Opium Sound Illusion seems to flirt with the forbidden and make you drunk with desire.

Black Opium Sound Illusion comes in a brand new bottle that nevertheless seems strangely familiar to us. Its allure has remained intact and this container still combines curves and squares, while being enriched with a round porthole in its center. Its old-fashioned black glitter finish has faded in favor of a smooth, slightly pinkish glass. On the other hand, an infinity of sequins are drawn on its walls and articulate like a sort of silvery sound wave. Everything is both modern and energizing while maintaining a certain elegance. No one can say then if Yves Saint-Laurent takes us to a trashy and crazy evening or in a more social atmosphere.

Black Opium Sound Illusion is already accompanied by a short advertising clip. Its visual unfolds on electronic music and its bottle lights up in the color of neon lights, forming a sound curve on its walls. The scene is immediately set!